If the Elliott extension wave is closely related to the Fibonacci, the corrective one is no exception. Today, we will learn how important the connection between retracements and Fibonacci is.

Corrections tend to bring the price back to the 4th wave area on the smaller wave level and also often break through this area and enter the 2nd wave area on the smaller wave level. If the correcting process develops according to the Flat (FL) and the Contracting Triangle (CT) patterns, it is usually limited to the range of 38.2% – 50.0%, and this fact is true even when the correcting process is the second wave.

A retracement of no more than 38.2% of the previous swing shows a potential strength of the main trend. The 50.0% retracement usually occurs in a sequence of 5 waves but not as frequently as the 61.8% retracement. However, the 50.0% retracement is very common in bullish corrections in a bear market such as wave B in the Zigzag (ZZ) pattern.

Elliott corrective wave A with Fibonacci

After the Ending Diagonal (ED) pattern in wave (5), wave A retraces to wave 2 of this ED pattern.

When wave A is part of a Contracting Triangle, wave (B), or wave (4), it usually retraces 38.2% of all 5 previous waves and enters the range 4 of these 5 waves.

In a Flat pattern, it is approximately equal to wave A while in a Flat Irregular pattern, it usually moves a distance of 123.6% – 127% of wave A.

Wave C has a length of at least 61.8% of wave A. It can be shorter in the case of a Zigzag Running or Flat Running pattern where wave C is very short and it can’t break through the end of wave A.

In general, wave C is equal to wave A or moves a distance of 161.8% of wave A. Wave C usually reaches 161.8% of the length of wave A in a Flat Irregular pattern.

In a Contracting Triangle, wave C is usually 61.8% of wave A.

In a Contracting Triangle, wave D is usually 61.8% of wave B.

In a Contracting Triangle, wave E is usually 61.8% of wave C.

Wave X retraces in a minimum of 38.2% of the previous A-B-C correction; a 61.8% retracement is also common for wave X.

The relationship between Fibonacci and the Elliott corrective wave
4.2 (84%) 79 reviews 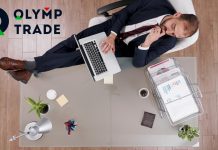 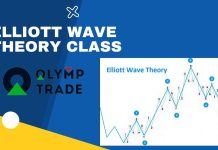 How to trade with the Rodeo strategy – The pinnacle of...