Facing the complicated and unpredictable Covid-19 pandemic around the world, companies simultaneously stopped production; as well as there are nation’s flight bans for airlines. The financial market has gone panicked. Everyone is encouraged to limit going out to public places. But for those who make money in Olymp Trade is hardly affected by the epidemic. And it is also very safe to make money online at home.

Making money in Olymp Trade is not easy. But if you have an effective trading strategy, that is not a big deal anymore.

– The middle band is also known as the moving average using the default of 20 candles (SMA20).

– The lower band is the default lower band of the platform with a standard deviation of 2. The lower band uses the price data of 20 consecutive candlesticks. It stays below the SMA20 moving average.

Experienced traders share some statistics about the Bollinger Bands indicator. About 80% up-and-down time of the exchange rate is within the band. Only 20% remaining is out of the band. Based on that 8:2 golden ratio, the Out Bands candlestick strategy is built around the Bollinger bands indicator.

The resistance is the highest (or peak) price in which the price cannot break through. When it enters, there is a probability of the price to bounce back.

The support is the lowest (also called trough) price in which the price hardly breaks through and often rebounds when touched.

The method of capital management

This is considered an important step to contribute to your profit. In order to maximize the effectiveness of the Out Bands candlestick trading strategy, I manage my capital by the Martingale method but adjust it to minimize risk.

My cycle will consist of 3 Orders including:

If you win 1 out of the 3 orders and earn some profit, then restart the cycle.
Unfortunately, if you lose all 3 orders, then end your transaction day.
You should only open a maximum of 5 orders per day.

The signal candlestick has actually and definitely closed outside the upper or lower band.
The candlestick must close right in the nearest resistance/support zone which hasn’t been passed.

Notes: The Out Bands candlestick strategy should not be applied when the market is in a strong trend.

Before starting trading, take time to draw up resistance/support lines. If you want to make a profitable day, the preparation must be good.

Order 1: The price surpassed the upper band + the candlestick closed in the resistance => Opened a DOWN.

Order 2: The price surpassed the upper band with a fast bullish long candle and showed signs of exhaustion when hitting the resistance => Opened a DOWN.

Order 3: The price closed outside the band and the candle went on to close in the previous resistance zone => Opened a DOWN.

Next is Order 4. The candlestick closed outside the band which was in the previous strong resistance zone => Opened a DOWN.

Order 5: The price rebounded and then continued rising beyond the upper band. The candlestick closed in the strong resistance zone which has not been overcome before => Open a DOWN.

By the fifth Fixed Time Trade, I noticed that an uptrend was coming. The Out Band candlestick strategy was no longer effective. If I continued to open Order 6, I would have won and had a day of winning. However, I respected my principles and chose not to break it. Fortunately, Order 5 was the last Fixed Time Trade of the day so there was no double investment for the next Order. Turned off the computer and ended a transaction day.

On 19/03/2020, EUR/USD assets of the Asian session was very favorable when applying the Out Bands candlestick strategy. The most important part of this strategy is to well prepared the support and resistance zones.

When using the Out Bands candlestick strategy, the odds of winning are very high when trading during the Asian Session. And this is also my favorite trading time.

Order 1: The price broke out of the lower band with a fast bearish long candlestick and exhausted when touched the support => Opened an UP .

Order 2: The price started to enter the previously unbreachable support area. This was another unusually long bearish candle that closed right in the strong support zone => Opened an UP.

Order 3: The price surpassed the upper band and hit the previous resistance zone with a high probability to bounce back => Opened a DOWN.

Order 5: The price fell below the lower band and touched the support which formed a long pull-back candle => Opened an UP.

Once again, I lost at the 5th Order. So I could not use the Martingale capital management method to open Order 6 because my limit was 5 Order.

Conclusion on methods of making money online at home

There is one thing you need to be aware of when using the Out Bands strategy. It’s to enter the trade only when the market is in regular sideways. I only trade the EUR/USD assets during the Asian session.

Focus on observing when there are unusual long candlesticks. The probability of the candle to turn around when hitting the levels is very high because the price goes too hasty and uncertain which leads to exhaustion (also known as exhausted candles).

The past is the past. The future is unpredictable. So, to survive in the financial market, the principle is the most solid thing we can rely on.

Oh, I forget to tell you how to keep your money safe when making money online at home. After earning profits, you should withdraw all the money in Olymp Trade account on weekends. Why? Because sometimes, a greedy minute would break the effort of a whole week. 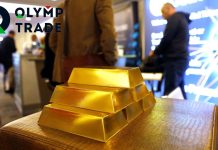 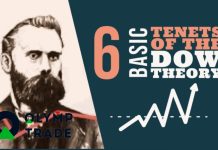 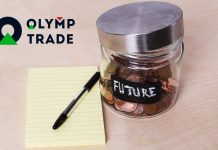