There are 3 candlestick patterns that Price Action traders trust the most. They are Inside Bar, Fakey, and Pin Bar. Even many people think that with those 3 great techniques, traders can comfortably “collect money” without resorting to any Indicators or other complicated EAs. As for me, Inside Bar will be the preferred choice when it is not too complicated and can be combined with many indicators to give extremely high-reliability signals. So in this article, I will introduce a very effective way of day trading with the pattern that has helped me to make profits in the long run.

For day traders, the 5-minute frame (M5) will be a popular choice. However, it is just common rather than the only option. So everyone can freely trade during the day in frames M1, M15, and even H1. What you need to pay attention to the most here is which Inside Bar is worth trading and which is not.

There is one more thing that you need to keep in mind is that observing the large time frame will give you fewer chances to enter the trade. Conversely, smaller frames will give you more signals to enter orders quickly.

How to day trade with Inside Bar strategy

The following entry rules are meticulously designed by me. It has the aim to catch the first pullback in a new trend with the Inside Bar candlestick pattern. To identify the trend, we will use the moving average – SMA 21.

EUR/USD currency pair in the downtrend

GBP/USD currency pair in the uptrend

Review of day trading strategies with Inside Bar

In a highly liquid market, at a suitable time frame, Inside Bar setups provide entry opportunities with a very high probability of winning. It is both a tool for the timing to enter an order, and can accurately determine risk (with a stop loss in the natural position of the remaining tail of the mother bar). However, there are 2 points you need to keep in mind when trading this strategy. 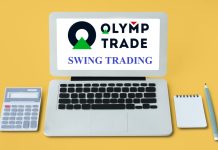 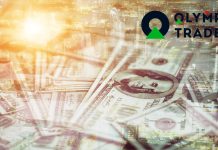 Earn 50 pips a day with a super simple Crossover strategy 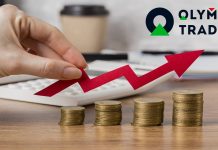 Safe capital management with Scaling Out strategy when trading Forex

How to trade at Olymp Trade with only Support/Resistance: Simple, safe...