MACD is a popular technical analysis indicator. Join Olymp Trade Club to learn about this indicator.

what is MACD indicator?

The MACD (Moving Average Convergence/Divergence) is an indicator used in technical analysis to give estimate and predict fluctuations of the asset prices.

Being both a trend following indicator and an oscillator, MACD gives the types of signals to entry the market.

The basic signals of the MACD indicator:

How to set up MACD indicator in Olymp Trade?

At Indicator Tab, choose MACD to open this indicator

How to use MACD indicator in Olymp Trade?

It is the most common and frequently used signal. The signal appears when the MACD line crosses the signal line. Of course, the type of signal depends on the manner of the intersection:

• The MACD line crosses the signal line in the upwards direction: it is a bullish signal => open an UP trade in Olymp Trade.

• The MACD line crosses the signal line in the downwards direction: it is a bearish signal => Open a Down trade.

The MACD histogram will display a zero value, as it shows the difference between the MACD line and the signal line of the indicator.

There are two types of signals that we receive from the MACD line at the moment when it crosses the zero line of the indicator:

• The MACD line crosses the zero line in the upwards direction: it is a bullish signal => Open an Up trade.

• The MACD line crosses the zero line in the downwards direction: it is a bearish signal => Open a Down trade in Olymp Trade.

Please practice and examine more with this indicator. If you have not had Olymp Trade Demo account yet, you can register here. 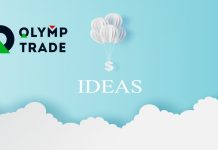 Kumo Cloud – The soul of the Ichimoku indicator (Part 3) 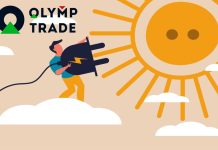 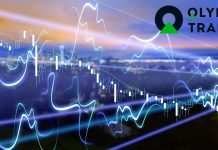 What is Heiken Ashi Candles? How to Trading with Heikin Ashi...