Hook Reversal is a reversal pattern that can appear in both downtrends and uptrends. It is not only simple, and easy to identify, but also quite reliable. Therefore, if you understand this pattern well, you also know how to combine it with other indicators. Surely, you will make optimal profits with Forex trading. In this article, I will help you understand how to use the Hook Reversal pattern effectively.

What is the Hook Reversal pattern?

Hook Reversal is a short-term pattern consisting of 2 candles. In which, the 2nd candle is completely inside the previous candle. That is, the trading range of the following session must be narrower than the previous one.

Features of the pattern

The reliability of the pattern depends on the strength of the previous trend. If the previous trend has a steep slope or is entering the overbought–oversold zone, the reversal signal of this pattern is stronger. Besides, the Hook Reversal pattern will also become more reliable when appearing at support and resistance zones. In addition, the large volume of the second candle is also an advantage when using this pattern.

The market sentiment of the Hook Reversal pattern

In case the Hook Reversal pattern appears in a downtrend, it is also known as Bullish Hook Reversal. The price is in a downtrend which means that the sellers are dominating and controlling the market. The first big candle in the pattern shows that sellers continue to pressure the market and create a deep drop, forming a new low.

However, the situation changes suddenly when the crowd begins to take profits. At the same time, the buyers conduct positive bottom fishing and eventually create a bullish candle. Next, the price doesn’t fall to the previous bottom anymore, showing that the market does not accept this bottom area. Here, those who have entered a sell order before will suffer losses and be disappointed and those who are planning to enter a sell order will become cautious. These are signals that the price is likely to reverse to the upside in the future.

How to trade Forex with the Hook Reversal pattern

First of all, you need to consider where the Hook Reversal appears on the chart. If those are support/resistance zones, then the trading opportunities will become more attractive.

In the example below, on the left side of the chart, you will see a resistance has been formed and then the price has tested this zone several times. Therefore, when the Hook Reversal pattern appears at this price range, the trading opportunity becomes clearer.

And this is when the pattern is formed near the support zone.

With quite high confidence, we can enter the order right after the pattern is completed.

How to set a stop loss

For a sell trade in an uptrend, your stop loss should be placed a few pips above the top of the first candle.

For the case of a long downtrend, the stop loss should be placed a few pips below the bottom of the first candle.

How to set take profit

The simplest way is to multiply the stop loss by 2 or 3 times. However, for a more thorough analysis with the lowest risk, you should use more indicators to know when the trend becomes weaker and exit.

Hook Reversal is a simple pattern that appears a lot on the chart and gives quite reliable trading signals. Remember that when trading with the pattern, you need to patiently wait for more confirmation signals and place a stop loss and take profit. Hope the article helps you gain more useful knowledge to make profits with Forex. Good luck!

What is Hook Reversal pattern? Features and how to trade effectively with it
5 (100%) 65 reviews 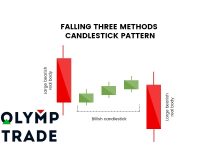 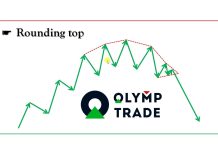 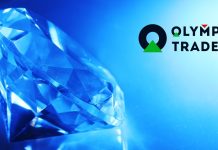 What is the Diamond pattern? Features and how to trade